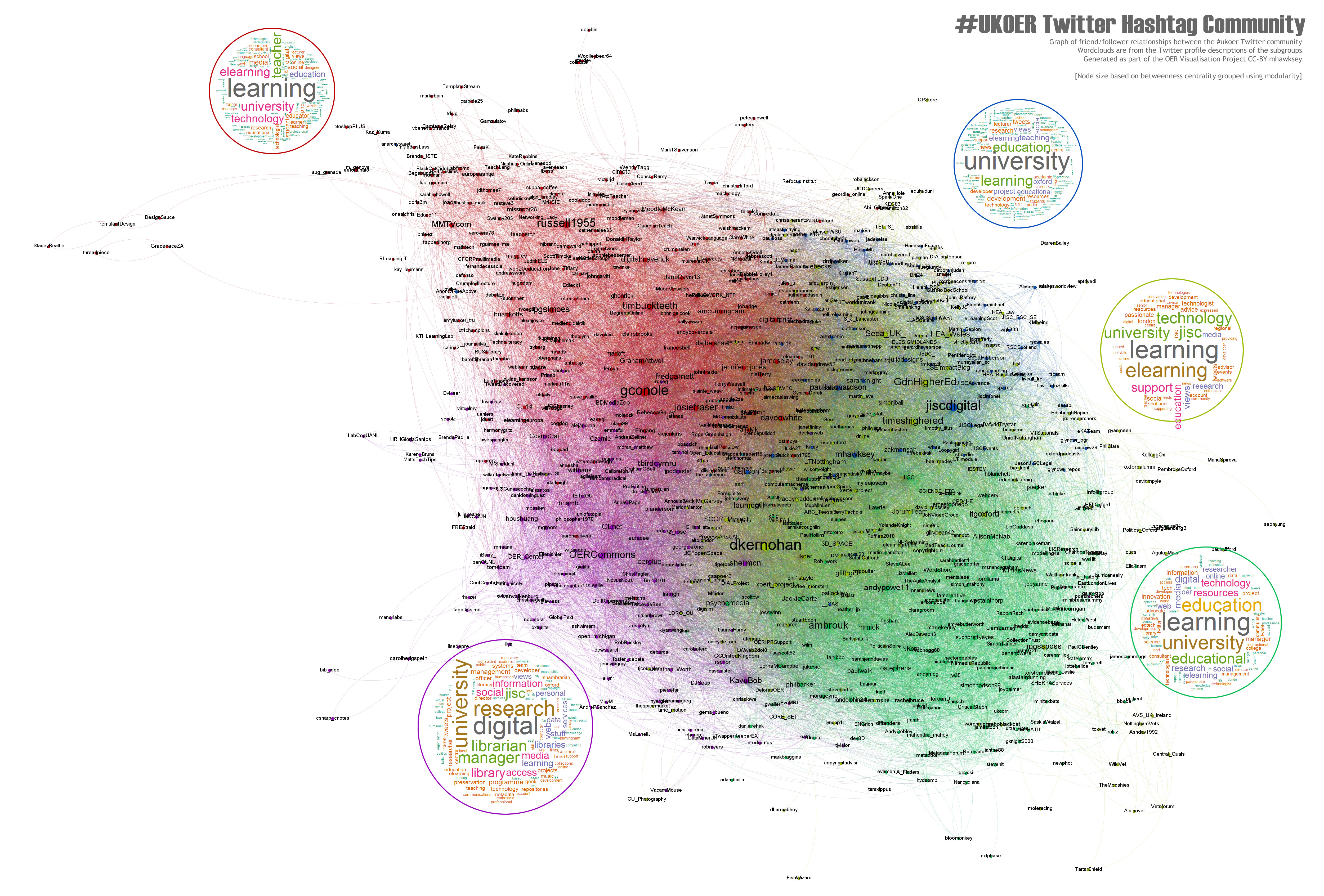 Last week I started to play with the #ukoer hashtag archive (which has generated lots of useful coding snippets to processes the data that I still need to blog … doh!). In the meantime I thought I’d share an early output. Embedded below is a zoom.it of the #ukoer hashtag community. The sketch (HT @psychemedia) is from a partial list* of twitters (n. 865) who have used the #ukoer hashtag in the last couple of years and who they currently follow. The image represents over 24,000 friendships, the average person having almost 30 connections to other people in the community.

[flickr]36026280[/flickr]Publishing an early draft of this image generated a couple of ‘it looks like’ comments (HT @LornaMCampbell @glittrgirl). To me it looks like a heart, hence the title of this post. The other thing that usually raises questions is how the colour grouping are defined (HT @ambrouk). The answer in this case is it’s  generated from a modularity algorithm which tries to automatically detect community structure.

As an experiment I’ve filtered the Twitter profile information used for each of these groupings and generated a wordcloud using R (The R script used is a slight modification of one I’ve submitted to the Twitter Backchannel Analysis repository Tony started – something else I need to blog about. The modification is to SELECT a column WHERE modclass=somthing).

Right all this post has done is remind me of my post backlog and I’ve got more #ukoer visualisation to do so better get on with it.

*it’s a partial list because as far as I know there isn’t a complete archive of #ukoer tweets. The data I’m working from is from an export from TwapperKeeper for March 2010-Jan 2012  topped up with some data from Topsy for April 2009-March 2010